Children Around the World: A Photographic Treasury of the Next Generation (Hardcover) 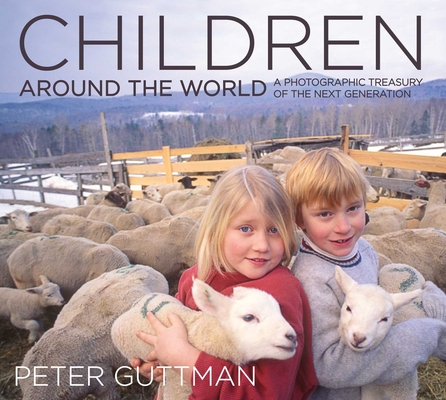 By Peter Guttman (By (photographer))
$35.00
Unavailable, Out of Stock, or Out of Print

Award-winning travel journalist Peter Guttman provides a comprehensive survey of our globe's wildly diverse open air nurseries and spotlights a dazzling range of lifestyles, landscapes and emotions set amidst the vibrant stage set diorama that frames their distinctive upbringing. He ushers us into colorful and intriguing habitats that include:

Children Around the World offers a captivating showcase of newly minted human generations from across the entire planet. Effervescent and unashamed ambassadors of the exotic cultures they inhabit, youngsters reveal a fundamental truth about humanity's common bonds and offer inspirational insight into preserving the best of mankind's spirit.

Peter Guttman is a photographer, writer, author, television personality, lecturer, and adventurer who has traveled on assignment to all seven continents and more than 220 countries. He has twice been named the Lowell Thomas Travel Journalist of the Year, was awarded a 2013 Lifetime Achievement Award from the New York Travel Writers Society, and was a finalist in the international Travel Photographer of the Year competition. He is also the creator of the number one bestselling travel app for the iPad, Beautiful Planet HD. He has been honored with solo shows at Sotheby's and the United Nations, and his work has appeared in Condé Nast Traveler, Geo, Men's Journal, National Geographic Adventure, The New York Times, and Outside. In 2014, he received the Power of the Image Award in Beijing, China, where he was cited as one of “twenty of the world's most influential photographers.” He lives in New York City.