Songs of a Sourdough (Paperback) 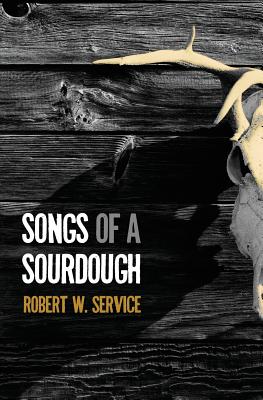 Robert Service was born in 1874 and grew up in Scotland as the oldest of 10 siblings. Even as a child he craved excitement, but his energy was channeled into the quiet life of a bank clerk. He did enroll in the English Language and Literature program at the University of Glasgow, leaving after challenging a lecturer to a fistfight when the lecturer questioned Service's ability despite his top grades. Bored, he departed for Canada. His family bought him a Buffalo Bill type outfit from an auction for the trip; not entirely practical but thoughtful Once in Canada, Service traveled all the way across the country to Vancouver Island and ironically found himself working for the Canadian Bank of Commerce. The job allowed him to live his dreams of frontier life but without the hardships. It was in 1906 that he became a famous and well-paid poet with Songs of a Sourdough. Later, Service would write The Trail of Ninety-Eight, A Northland Romance, which would be produced as a movie in 1928 by MGM. He continued to write his whole life, penning Rhymes of a Red Cross Man (1912), Poisoned Paradise (1922), Why Not Grow Young? (1928) and Lyrics of a Lowbrow (1951). He died at his villa in France in 1958, the famous scribe of a frontier life that he profited enormously in describing but whose privations he avoided.