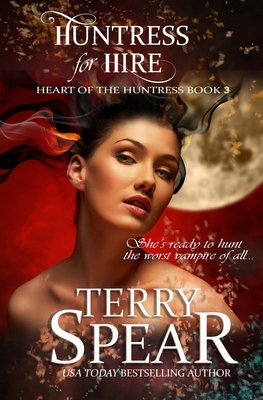 He's a hunter turned vampire, she's a huntress of vampires-he's needs her cooperation to free his family; she's trained to kill his kind.Rebel vampire huntress Rachael Bremerton wants revenge against Piaras, one of the most ruthless vampires in Dallas, for the murder of her parents. But when she's lured by another vampire, Adonis, into the darkness-the same darkness she's feared since she was a child-she's torn between her huntress sensibilities and some strange desire to be with the creature she's meant to despise and destroy. Adonis, a hunter turned vampire, has been ordered by Piaras to bring Rachel to him untouched. In return, Piaras will release Adonis's family unharmed. But when Adonis first sees Rachael, his hunter desire to have a huntress mate kicks in, or is it the dark heart of the vampire that makes him crave her so? Turning Rachel over to Piaras becomes less of an option. But can he find a way to free his family, claim Rachael for his own, and keep her family from discovering he is a hunter turned vampire-a creature they will all feel obligated to hunt down and kill?