That Guy in Our Women's Studies Class (Paperback) 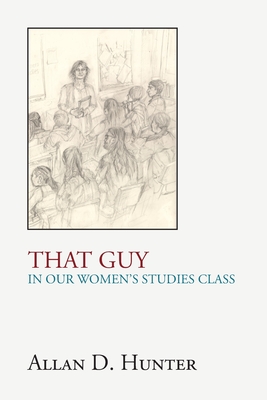 In this nonfiction memoir, Derek, a genderqueer sissy male, decides that a women's studies class in college would be a good place to engage people in discussions about gender. Derek has reason to worry that he's invading women's space by attending women's studies classes. At the same time, he's a minority within that space, and, as a gender-nonconforming sissy in the 1980s, a person with a gender identity that wasn't acknowledged and recognized yet, he's been somewhat marginalized by gender himself. This narrative tale illustrates the complexities of intersectionality, the interconnected nature of social categorizations such as race, class, and gender and so forth. The main character is male, the privileged sex in the patriarchal context. The story follows Derek down Oklahoma highways and into heroin dens in Harlem and then into the homeless shelters of 1980s New York City, as the determined but not always practical Derek pursues his dream. Along the way, the story delves into the complexities of privilege and social identity in ways that challenge assumptions about power and marginalization-not in primary-color simplicity but by exploring privilege and deprivation along a number of different dimensions and showing it in all of its native complexity, all while still respecting a concern for empowering the voice of those left out.