A Sacred Place in the Enchanted Land: Where its Heavenly Light Illuminates the Magic in its Dirt (Paperback) 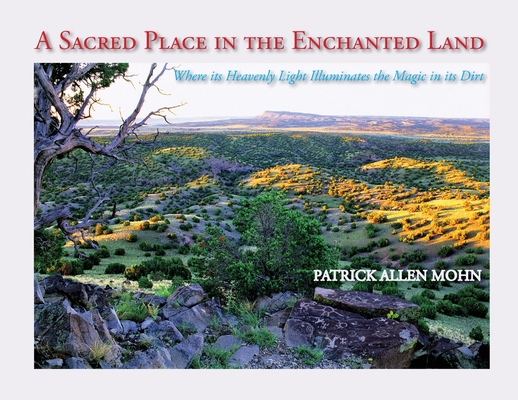 The Galisteo Basin in northern New Mexico, an area of unique beauty, was the home of ancient Native American Cultures. The development of pottery about 1,500 years ago marked the beginning of the Anasazi culture. The Anasazi eventually created, within the Galisteo Basin, the largest prehistoric Native American pueblos ever built in the United States. During the 1200s there was a convergence of Anasazi language groups. The Dine', today's Apache and Navajo people, and other plains tribal groups migrated to the area and in many cases raided Galisteo Basin pueblos. Francisco Vasquez de Coronado passed through the Galisteo Basin in 1541, and this began the Basin's recorded history. During the Rodriguez-Sanchez Chamuscado in 1581 two Spaniards mined the first silver in the United States when Native Americans from San Marcos Pueblo brought them to their galena mines in the Cerrillos Hills. Juan de O ate established the Spanish Colony and this Spanish authority upon the native people led to the Pueblo Revolts of 1680 and 1696. The town of Galisteo was established in 1816. Changes resulting from the establishment of the Mexican Republic led to the American West's first major gold rush in the Ortiz Mountains in 1821. During the American Territorial Period silver and other minerals were obtained during a mining boom in the Cerrillos Hills. The town of Cerrillos was established in 1879, followed by the coal mining town of Madrid in 1894. This book includes many photographs along with the history, geology, and ecology of the area. Also included are the accomplishments made by local activists and pueblo leaders that have protected the Galisteo Basin from many attempts at large scale, modern mining.