Overhead Espionage: A Historical Snapshot of US Aerial Reconnaissance (Paperback) 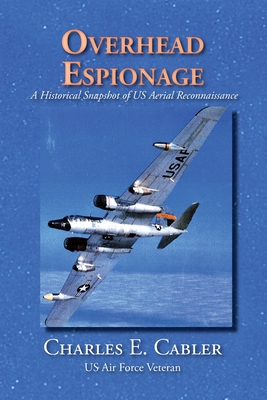 Aerial reconnaissance, an invaluable part of US military warfare for intelligence gathering and support of ground troops, was referred to in its developmental years as overhead espionage. Although overhead espionage is most often associated with the Cold War between the United States and the Soviet Union, its origin dates back to Napoleon Bonaparte's French Balloon Corps in 1799. A little-known fact is that US aerial reconnaissance was effectively used by both the Union and Confederate armies during the Civil War at the battles of Bull Run, Yorktown, and Vicksburg. Many people are familiar with the U-2 or the Blackbird as significant US spy planes. However, from its beginnings in this country in October, 1861, reconnaissance work has grown exponentially using many different types of aircraft. The United States Army Air Corps, formed in 1941 partially for reconnaissance work, was followed in 1947 with the creation of a separate branch of service, the US Air Force, for intelligence, surveillance and reconnaissance purposes, in addition to aerial combat. This book is a snapshot of significant first planes in the progression of overhead espionage, and a way to remember the men and women, past and present, who bravely help to provide the freedom we enjoy in our great country through their dedicated work in overhead espionage.