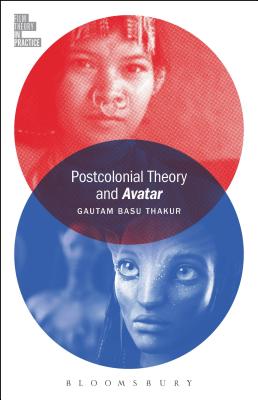 By Gautam Basu Thakur, Todd McGowan (Editor)
$26.95
Unavailable, Out of Stock, or Out of Print

The Film Theory in Practice series fills a gaping hole in the world of film theory. By marrying the explanation of a film theory with the interpretation of a film, the volumes provide discrete examples of how film theory can serve as the basis for textual analysis. The second book in the series, Postcolonial Theory and Avatar offers a concise introduction to postcolonial theory in jargon-free language and shows how this theory can be deployed to interpret James Cameron's high-grossing, immensely popular, and critically acclaimed 2009 film.

Avatar is widely celebrated for its politically and culturally sensitive critique of the "West's" neocolonial wars and exploitation of the "global south" - an allegory for (neo)colonialism - and for highlighting the plight of tribal communities throughout the world (for instance, the case of the Dongriah Kondh tribe of India). At the same time, it has been also criticized for repeating the colonialist fantasy of saving natives doomed by imperialist aggression. Intervening in this debate over how to read the film, Basu Thakur focuses on issues of representations, discourse, subalternity, and subjectivity, all of which have been central to postcolonial theory and postcolonial analyses of culture. This history will help students and scholars who are eager to learn more about this important area of theory and bring the concepts of postcolonial theory into practice through a detailed interpretation of the film.

Gautam Basu Thakur is Assistant Professor of English at Boise State University, USA. His teaching and research interests include postcolonial literature and theory, transnational/world literature, critical theory with a particular focus on Freudian-Lacanian psychoanalysis, and nineteenth- and twentieth-century British literature of the Empire.