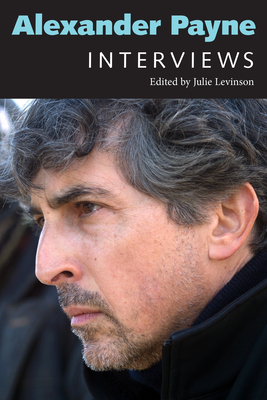 Since 1996, Alexander Payne (b. 1961) has made seven feature films and a short segment of an omnibus movie. Although his body of work is quantitatively small, it is qualitatively impressive. His movies have garnered numerous accolades and awards, including two Academy Awards for Best Adapted Screenplay. As more than one interviewer in this volume points out, he maintains an impressive and unbroken winning streak. Payne's stories of human strivings and follies, alongside his mastery of the craft of filmmaking, mark him as a contemporary auteur of uncommon accomplishment. In this first compilation of his interviews, Payne reveals himself as a captivating conversationalist as well. The discussions collected here range from 1996, shortly after the release of his first film, Citizen Ruth, to the 2013 debut of his film, Nebraska. He also mentions the long process of bringing to fruition his most recent film, Downsizing. Over his career, he muses on many subjects including his own creative processes, his commitment to telling character-centered stories, and his abiding admiration for movies and directors from across decades of film history. Critics describe Payne as one of the few contemporary filmmakers who consistently manages to buck the current trend toward bombastic blockbusters. Like the 1970s director-driven cinema that he cherishes, his films are small-scale character studies that manage to maintain a delicate balance between sharp satire and genuine poignancy.

Julie Levinson is professor of film at Babson College. She has served as the film curator for several arts organizations and film festivals. Levinson is coeditor of Acting and author of The American Success Myth on Film, as well as book chapters and articles on a range of topics including genre and gender, documentary film, narrative theory, and metafiction.