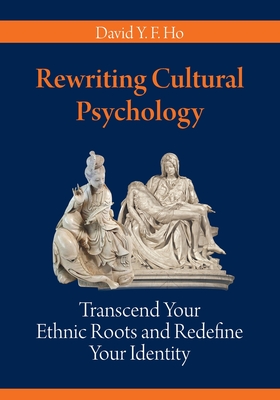 This volume is addressed to scholars as well as a popular audience, aimed to bridge the gap between academia and the general public. It deals with "who we are," concerning our sense of self and identity; and "how we live," concerning our ways of life in diverse cultures. It affirms that we may transcend our cultural-ethnic roots and redefine our identities, individual or collective. Transcendence opens the door not only to personal transformation but also to confront ethnic stereotypes and prejudices. Readers will gain fresh cultural knowledge from both the East and the West and be attuned to the theme of letting no ethnic group be alien to us.

This book is at once about the immersion of life in culture and the remaking of culture by human action--reciprocal influence at work. The idea of immersion underscores the powerful cultural forces that shape our perceptions, thinking, and emotions. Unlike other cultural psychology texts, this volume dwells on the accelerating alterations of culture by human action, and hence the remaking of our own being, in the age of the Internet.

In the author's own words: "I write with the passion of a person who has lived life from being marginal, neither Eastern nor Western, to being a world citizen; turned to English like a duck to the water, thus circumventing my handicap of Chinese orthographic dyslexia. I have two cultural parents, one Chinese and one Western, who transformed me into a thoroughly bilingual-bicultural person, empowered to build intercultural bridges. The East is rising, and the West can ill-afford to remain ignorant of the East."