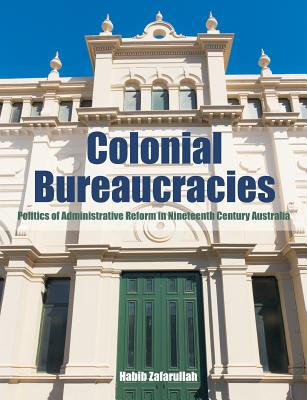 This book attempts to understand the nature and course of change and reform in the bureaucracies of the six colonies in Australia following the launching of responsible government in the 1850s. The trends in the development of the six colonial bureaucracies are examined to illustrate the similarity in the politics involved and problems encountered from colony to colony in initiating and managing change in colonial administration. Between 1856 and 1905, 15 inquiries encompassing the entire public service structure were undertaken in the six Australian colonies. By using a set of seven variables (context, objectives, the degree of political commitment, membership, methods and problems, nature of recommendations, and the extent of adoption/implementation of reports of commissions), each of these inquiries is analysed independently to highlight the peculiarities of its working and the implications of its results for the bureaucracy. Cross-inquiry and cross-colony comparisons are made, and judgments offered which to some degree challenged existing assumptions about the process of change in nineteenth century Australian public administration. The major issues that emerged in each colony during the first three decades of responsible government were political influence in personnel administration, the effects of 'departmentalism', the development of career principles, economy and efficiency. By the early 1880s administrative reform began to take a different course; most colonies had either accepted or began to accept new ideas---independent non-political control of the public service, open competition in the staffing process, recognition of merit and ability, and classification of positions according to value of work. Taken as a whole, the commissions of inquiry made substantial contribution to these reforms. Some were successful in terms of implementation of their recommendations; others were notable for the intrinsic value of their reports; some, admittedly, were undertaken to postpone reform while others were instituted merely to validate predetermined governmental policies. Only a few had no apparent political overtones behind their establishment. However, generally, speaking, most inquiries did make significant contribution to the administrative reform process in nineteenth century Australia and they compared favorably with similar efforts overseas.