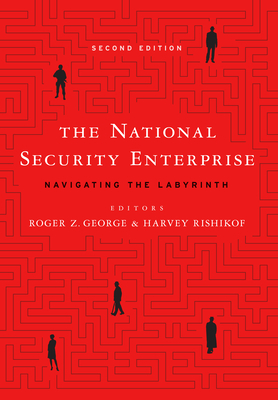 This second edition of The National Security Enterprise provides practitioners' insights into the operation, missions, and organizational cultures of the principal national security agencies and other institutions that shape the US national security decision-making process. Unlike some textbooks on American foreign policy, it offers analysis from insiders who have worked at the National Security Council, the State and Defense Departments, the intelligence community, and the other critical government entities. The book explains how organizational missions and cultures create the labyrinth in which a coherent national security policy must be fashioned. Understanding and appreciating these organizations and their cultures is essential for formulating and implementing it. Taking into account the changes introduced by the Obama administration, the second edition includes four new or entirely revised chapters (Congress, Department of Homeland Security, Treasury, and USAID) and updates to the text throughout. It covers changes instituted since the first edition was published in 2011, implications of the government campaign to prosecute leaks, and lessons learned from more than a decade of war in Afghanistan and Iraq. This up-to-date book will appeal to students of US national security and foreign policy as well as career policymakers.

Roger Z. George is the professor of national security practice at Occidental College and formerly professor of national security studies at the National War College from 2009 to 2015. He was also previously an adjunct professor for Georgetown University's Security Studies Program. During his thirty-year career as a CIA analyst, he also served at the State and Defense Departments and was the national intelligence officer for Europe. He is coeditor with James B. Bruce of Analyzing Intelligence: National Security Practitioners' Perspectives, 2nd edition, published in 2011. Harvey Rishikof was formerly the dean of faculty and professor of law and national security at the National War College. He has written and lectured widely in the areas of national security, civil and military courts, terrorism, international law, civil liberties, and constitutional law. He has held senior positions in the federal judiciary, the Office of the Director of National Intelligence, and the FBI. He has been the chairman of the American Bar Association's standing committee on law and national security.