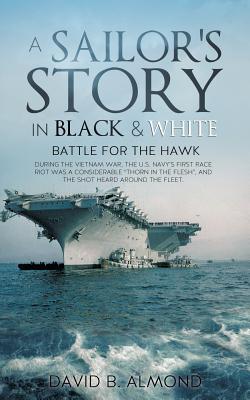 As a young, black seventeen year old, fresh out of L.A. High School, Los Angeles, Ca., in 1972, David Almond was about to embark on the U.S.S. Kitty Hawk. An exuberant, eager sailor, David was ready to serve his country, having just been accepted and inducted into the United States Navy. Excited to "see the world," he was unaware of the ticking time bomb that was about to explode during an era of strained racial relations between blacks and whites in the Navy. "What was happening on the 'Hawk' was a microcosm of the introspection of the soul of America. America's soul was in conflict, tortured and twisted. Bad became good, and good became evil." "I was very impressed with your book The extensive research, your style of writing, and dedication for authenticity to the story was certainly apparent." -Ben Cloud, Captain U.S.N. Retired.