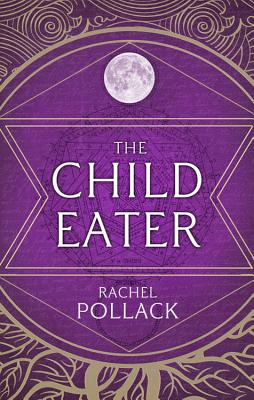 Two boys, separated by hundreds of years will never know each other--yet together they will battle a great evil at the very heart of the world--The Child Eater.

One, Matyas, resides in a medieval world whose power rests with the Academy of Wizards. The other, Simon Wisdom, in present-day America. In a town described as "the fourteenth most livable city" in a national magazine. Their lives are vastly different: as a boy, Matyas is viciously beaten by his innkeeper father, yet he will grow up to become the greatest magician. Simon is deeply loved by his widowed father, Jack, yet even a father's dedication is helpless against the psychic terrors that overwhelm Simon from his earliest years.

Matyas takes refuge from his father's violence in fantasies of magical citiesâ??then true magic enters his life when he sees a man fly. Obsessed with becoming a magician and fixated on learning to fly himself, Matyas runs away to the capital, where he learns of a mysterious, long-lost Tarot of Eternity.

Matyas and Simon both suffer the same horrific visions: a dark tunnel, pieces of bodies, disembodied heads of children pleading for help. When a new boy's body is found without a head Matyas learns a terrible secret: a magician can live forever by devouring the lives of children. The magician who does this has hidden his name so no one can work a spell against him. He is the Child Eater.

Terrified of his son's nightmares, Jack enlists the help of the mysterious Dr. Reina. Soon however Simon realizes Reina means him ill. Is this mysterious doctor really The Child Eater and Simon is his next victim? Can the spirit of Simon's long-dead mother and the power of Matyas' Tarrot deck save him and the world?

With a battle against evil that stretches across centuries, Rachel Pollack, has created a thrilling world of magic, memory, and desire that will enchant readers far and wide.

Rachel Pollack is considered one of the world's foremost authorities on the modern interpretation of the Tarot. She is a poet, novelist, and a Tarot card and comic book artist. Among numerous honors, she is the recipient of the Arthur C. Clarke and World Fantasy awards and has published twelve books on the Tarot, including: 78 Degrees of Wisdom, Tarot for Magical Times, The New Tarot Handbook, and The Kabbalah Tree. She is a member of the American Tarot Association, the International Tarot Society, and the Tarot Guild of Australia. With fellow Tarot author Mary Greer, she has taught at the famed Omega Institute for the past fifteen years. She has been conferred the title of Tarot Grand Master by the Tarot Certification Board, an independent body. Born in Brooklyn, Pollack holds an honors degree in English from New York University, a Masters in English from Claremont Graduate School and has taught English at New York State University.

"A bold new step for Pollack . . . a multi-layered tale of growing up and self-discovery that also happens to have a horrific supernatural terror as its central focus."—Starburst

A Guardian Best Books of the Year selection