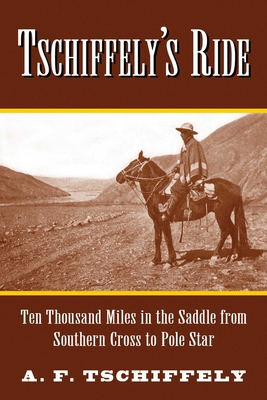 From the southeast coast of South America through an expanse of Peruvian sands en route to the West Coast, then onward through Central American jungles and rainforest, and finally to New York, Tschiffely’s journey was considered impossible and absurd by many newspaper writers in 1925. However, after two and a half years on horseback with two of his trusty and tough steeds, this daring trekker lived to tell his best-selling tale.

Tschiffely’s 10,000-mile journey was filled with adventure and triumph, but it also forced the traveler to deal with tremendous natural and man-made obstacles, as many countries in Central America were war-torn. He traversed rivers and mountains in hurricanes and hail storms, stopping to stay the night with farmers and villagers in huts who often shared their mysterious and superstitious tales. He ate dried goats’ meat in a desolate town of Santiago del Estero, watched illegal cockfights and vicious machete battles between plantation workers in Jujuy, and was healed by an Indian herb doctor in the mountains of Bolivia for his infection after excavating graves; these obstacles have captured the hearts of people from around the world.

In addition to the remarkable details of his travel expedition, Tschiffely’s relationship with his horses, Mancha and Gato, is perhaps the most endearing element of the book, and his photos of the people and places he encountered make Tschiffely’s Ride the perfect travel companion for adventure enthusiasts.