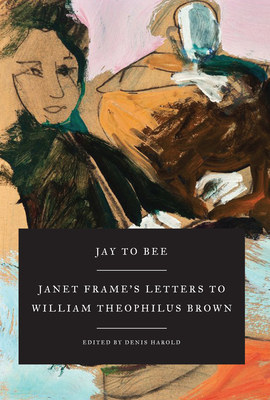 By Janet Frame, Denis Harold (Editor)
$28.00
Unavailable, Out of Stock, or Out of Print

In 1951, just days before her scheduled lobotomy after years in a mental hospital, New Zealand author Janet Frame's first collection of short stories unexpectedly won the Hubert Church Memorial Award, one of the country's most prestigious honors. The procedure was cancelled, and Frame would go on to become one of the seminal authors of contemporary New Zealand literature.

During her time at the MacDowell artist's colony in New Hampshire, Frame met painter William Theophilus Brown, and their friendship resulted in a whimsical and artistic correspondence that lasted until Frame's death in 2004. In Brown, Frame found an ideal listener who inspired her to take the art of letter writing to new creative heights; over the course of their correspondence, Frame included character sketches, personal disclosures, invented tales, and over 300 of her own doodles and collages.

This compilation of letters and original illustrations has been published nowhere else in the world, including Frame's home country of New Zealand. This moving and enlightening correspondence opens up the hopes, fears, joys, and inner machinations of one of New Zealand's most renowned authors, and offers a side of her dramatic personal history often ignored or misunderstood by the public. The closeness and intimacy of the two artists allows for unfettered wordplay, where Janet is merely "Jay", Bill merely "Bee", and granular, unprocessed creativity is allowed to flow freely; the result is a book that vividly captures the brilliantly unique wit that was Janet Frame.

Janet Frame (1924 - 2004) was one of New Zealand's most distinguished writers. She is best known for An Angel at My Table, which the Sunday Times of London called "one of the great autobiographies written in the twentieth century," and inspired Jane Campion's internationally acclaimed film. Throughout her long career, Frame received a wide range of awards, including every literary prize for which she was eligible in New Zealand, honorary membership in the American Academy of Arts and Letters, and the Commonwealth Writers' Prize for Literature.