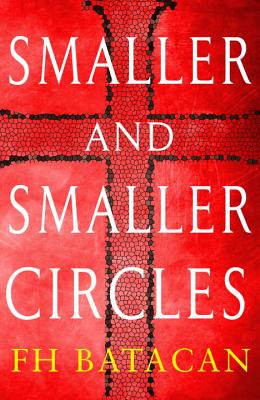 By F.H. Batacan
This Book Is Not Sold Online - Inquire In Store
Hard to Find

This harrowing mystery, winner of the Philippine National Book Award, follows two Catholic priests on the hunt through Manila for a brutal serial killer

Payatas, a 50-acre dump northeast of Manila’s Quezon City, is home to thousands of people who live off of what they can scavenge there. It is one of the poorest neighborhoods in a city whose law enforcement is already stretched thin, devoid of forensic resources and rife with corruption. So when the eviscerated bodies of preteen boys begin to appear in the dump heaps, there is no one to seek justice on their behalf.

In the rainy summer of 1997, two Jesuit priests take the matter of protecting their flock into their own hands. Father Gus Saenz is a respected forensic anthropologist, one of the few in the Philippines, and has been tapped by the Director of the National Bureau of Investigations as a backup for police efforts. Together with his protégé, Father Jerome Lucero, a psychologist, Saenz dedicates himself to tracking down the monster preying on these impoverished boys.

Smaller and Smaller Circles, widely regarded as the first Filipino crime novel, is a poetic masterpiece of literary noir, a sensitive depiction of a time and place, and a fascinating story about the Catholic Church and its place in its devotees’ lives.

F.H. Batacan is a Filipino journalist, musician, and crime fiction writer currently based in Singapore. After ten years of working in the Philippine intelligence community, she turned to broadcast journalism. Smaller and Smaller Circles, her first novel, won the Philippine National Book Award.

Praise for Smaller and Smaller Circles

“A good, old-fashioned serial killer novel set in Quezon City . . . What’s fascinating is the glimpse into a conservative and pious society, full of obstructive officials, both clerical and secular, who are more interested in preserving the status quo than in revealing uncomfortable truths. They, and the killer, are outsmarted by a dogged pair who are a welcome addition to the ranks of ecclesiastical sleuths: forensic anthropologist Father Gus Saenz and psychologist Father Jerome Lucero.”
—The Guardian

“A perfect opportunity for whodunit fans around the world to discover Manila as a setting, but also one for Filipino readers to see the city in a different half-light . . . Smaller and Smaller Circles is now not only the first Filipino crime novel, but also the terrific, treacherous touchstone for all such novels to follow.”
—Inquirer

"Reminds us that truth not only exists at the end of a story, but continuously through the present moment, woven as traces, hints and clues to be grasped at even as they pass."
—The Spectator (UK)

“Saenz is a likeable protagonist, a contemporary Fr Brown, as motivated by compassion as he is by justice . . . A fascinating snapshot of a country still struggling to come to terms with the poverty, corruption and brutality of the Ferdinand Marcos era.”
—The Irish Times

“A masterful, if controversial, work of crime fiction.”
—CNN Philippines

“A serial killer mystery, a study of state and church corruption, and an exploration of political indifference to poverty... There are few better ways to get interested in a region than international mystery fiction.”
—The Week

"Moody, gripping, original, and utterly irresistible . . . A unique and necessary step in the evolution of Philippine fiction."
—Citation for the Madrigal-Gonzalez Best First Book Award

“Everything in Smaller and Smaller Circles feels claustrophobic, opaque, and dark. Saenz and Lucero, in response, attempt to shine light on corruption and crime. Batacan, similarly, has turned our attention to the shady underbelly of Metro Manila, where the sun only helps increase the stench of trash.”
—Los Angeles Review of Books

“Woven in the fast-paced crime story is an exploration of the role of the Catholic Church and the power it wields . . . Dark, gritty, and absorbing as any American noir and shouldn’t be missed.”
—The Strand Magazine

“A gripping crime thriller . . . Batacan harnesses the crime novel’s obsession with death to shed necessary light on the vulnerability, and dignity, of these Filipinos’ lives.”
—Public Books

“Fast-paced and gripping . . . A sobering indictment of the system and an advocacy for a more effective, just, and incorruptible investigative system.”
—GMA News

“Besides providing an ample supply of social commentary, Batacan is also able to deftly weave both narrative action and logical progression in one neat, easily readable novel that also illuminates distinct characteristics required in every work of art: the much-vaunted human condition and the sense of humanity.”
—Business World

“A killer debut, both for Batacan and for Filipino suspense literature . . . A complex and thought provoking novel on every level, one that has left me itching for the sequel!”
—Bruce Tierney, BookPage

“Gut wrenchingly real . . . Batacan has used her powerful first novel as a vehicle not just to entertain, but also to enlighten a wider audience to the poverty and injustice the people from the notorious Payatas district outside Manila suffer.”
—New York Journal of Books

“Not your average hunt-for-the-serial-killer story, but rather a look at how politics, corruption, the church, and the desire for power all get in the way of getting to the truth . . . Batacan has very deftly used the medium of crime fiction to give us her take on what's kept her angry enough to write this book.”
—Crime Segments

“Richly detailed and deeply unsettling . . . Batacan evokes the mountain of garbage at the heart of the story so clearly that readers can almost smell the stench, but it’s clear from this gruesome tale that refuse isn’t the only thing that’s rotten in Manila.”
—Publishers Weekly, Starred Review

“Holmes in holy orders . . . [Batacan] gives an incredible emotional force to an ending that is as artful as it is lurid. Perfect for Baker Streeters looking for an engaging multicultural incarnation of their hero.”
—Booklist

“A well-paced and plotted mystery and an intriguing look at the various social strata of the capital city of the Philippines. The social issues raised by its location in a burgeoning, Catholic 21st-century metropolis are explored in subtle detail.”
—Library Journal

"A dirty, gritty police procedural with a good-guy detective, who also happens to be a Jesuit priest and a forensic anthropologist . . . Satisfyingly paced, and crime-thriller gruesome."
—Time Out Beijing

"Horrifying pleasure . . . The Payatas dumpsite is now given an even more menacing air as the setting for a series of gruesome murders . . . It is the mind of the killer that is the driving force of the story. We are taken into the mind of a psychopath and we realize, with a little shock of pleasure, that we understand just how it thinks."
—Review Circle

“[Smaller and Smaller Circles] aims higher and wider than a typical whodunit. It takes on the Church, poverty, the country’s infrastructure problems, cronyism, and misogyny.”
—The Common

“[Smaller and Smaller Circles] reaches for big things and gets them. There is no cheap sex, no senseless shootouts, no fountains of blood or car chases . . . Instead the book is a witness to appalling poverty and to the manipulation of the weak by the strong.”
—Reviewing the Evidence

“In Batacan’s hands, these normal elements of crime fiction don’t feel like retreads. Everything fits, the plot and characters are all drawn so well the whole feels very, very real indeed.”
—Pop Culture Nerd

“Batacan develops an engaging and fascinating story from this standard meme by embedding the plot within the post-Marcos Philippine culture and government . . . Highly recommended.”
—Over My Dead Body

“It's good to know that Batacan plans to give us more of these two investigating Jesuits. Their triumphs may not gain full justice in a land where so much is politically impossible—but they have each other's back, and they know what they're called to do, and who is calling them to action.”
—Kingdom Books