Hieroglyphics and Other Essays (Paperback) 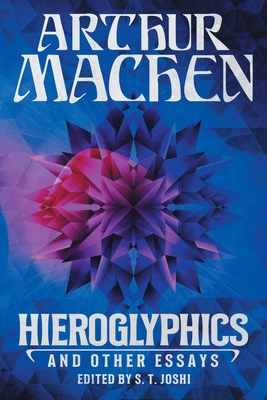 Arthur Machen was a hugely prolific essayist and journalist. In a career that spanned more than half a century, he wrote thousands of articles for such magazines and newspapers as the London Evening News, John O'London's Weekly, and the Independent. In these essays he articulates his distinctive mystical and religiously based outlook. Accusing science and rationalism of impoverishing the human imagination, he was an untiring defender of the essential mystery of the cosmos.

In his literary criticism-embodied in the treatise Hieroglyphics (1902) and in many separate essays-Machen made a frequent discussion between mere "reading matter" and genuine literature. The former comprised mundane realism; the latter the world of romance, fantasy, and the supernatural. While being skeptical of spiritualist phenomena, he found in the work of Edgar Allan Poe, Algernon Blackwood, Walter de la Mare, and other writers a vital expression of the wonders and terrors that humanity encounters even in everyday life.

This volume presents a robust selection of Machen's essays, detailing his philosophical and literary vision. It is a significant adjunct to his weird fiction, showing how the principles he outlined in his essays were applied to the supernatural tales he wrote over his lifetime. The volume has been edited by S. T. Joshi, a leading authority on Machen and the editor of Machen's colleced fiction as published by Hippocampus Press.