The Recognition of H. P. Lovecraft: His Rise from Obscurity to World Renown (Paperback) 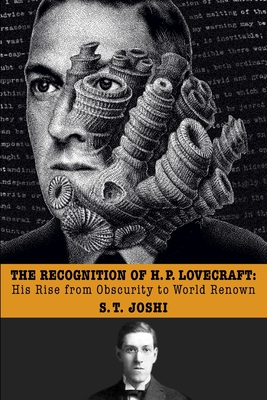 During his lifetime, H. P. Lovecraft did not have a single book of his stories published. When he died in 1937, he probably envisioned the oblivion that would overtake his entire literary output. But in the decades that have followed, Lovecraft's fiction, essays, poetry, and letters have catapulted him to worldwide celebrity-a result unprecedented in the history of literature. S. T. Joshi, a leading Lovecraft scholar and biographer, has traced the publication of Lovecraft's works from the amateur press to the pulp magazines and then, after his death, in book form by Arkham House and many other publishers, including hundreds of translations in more than thirty languages. Joshi also charts the development of criticism and scholarship on Lovecraft, from the fan magazines of the 1930s onward. The 1970s effected a revolution in Lovecraft scholarship, and that work continues today with critics around the world studying Lovecraft's life and oeuvre in a multitude of ways. This volume is an essential guide to the posthumous success of one of the most compelling writers in American and world literature.