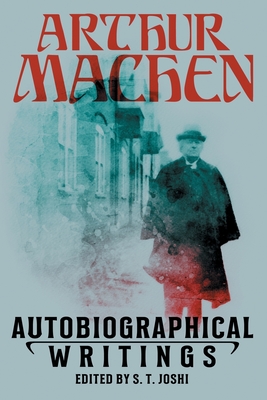 Anglo-Welsh writer Arthur Machen (1863-1947) has gained deserved celebrity for his tales of horror ("The Great God Pan," "The White People"), his moving novel of artistic expression, The Hill of Dreams, and a plethora of other works. Some of his most distinctive writings are his autobiographical volumes, Far Off Things (1922), Things Near and Far (1923), and The London Adventure (1924), written when Machen was being hailed as an elder statesman of late Victorian literature.

In these autobiographies, Machen carefully fashions an image of himself as the struggling artist dwelling in a London garret, surviving on tea and tobacco. His horror tales of the 1890s were condemned as the ravings of a diseased mind-but that only enhanced their popularity. But Machen continued to struggle financially, and in 1910 he began working as a reporter for the London Evening News. Soon after the outbreak of World War I in August 1914, he wrote "The Bowmen," which catapulted him into notoriety, as the story was taken as a true account of angels coming to the rescue of beleaguered British soldiers.

This volume also includes a group of separately published essays that augment our understanding of Machen's life and mind. In addition, the rare and piquant volume Precious Balms (1924)-a reprinting of the hostile reviews Machen received over a lifetime-is included.

The volume is edited by S. T. Joshi, a leading authority on Machen and weird fiction.