I Am Providence: The Life and Times of H. P. Lovecraft, Volume 2 (Abridged / Paperback) 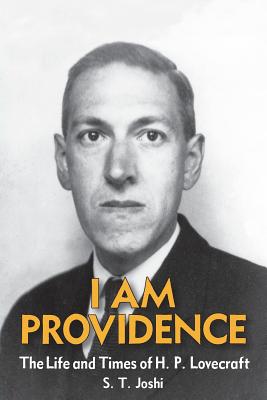 As the second volume of S. T. Joshi's comprehensive biography of H. P. Lovecraft begins, we find Lovecraft dwelling in misery in a one-room apartment in Brooklyn Heights: his wife, Sonia, has had to move to the Midwest for work, and he must rely on the companionship of the Kalem Club, the informal band of friends in the New York area. In 1926, in part through the intervention of his close friend Frank Belknap Long, Lovecraft finally decided to return to his native Providence, Rhode Island, effectively ending his marriage. That return spurred the greatest spurt of literary creativity he would ever experience: in less than a year, such works as "The Call of Cthulhu," The Dream-Quest of Unknown Kadath, The Case of Charles Dexter Ward, and "The Colour out of Space" would emerge from his pen, establishing Lovecraft as the leading weird fictionist of his generation. In spite of his increasing poverty, antiquarian travel occupied much of Lovecraft's time, and he gained an impressive knowledge of such oases of antiquity as Charleston, Quebec, St. Augustine, and Richmond. These voyages both renewed his connection with the past and infused his literary work, as such later tales as "The Whisperer in Darkness" and "The Shadow over Innsmouth" drew ever more profoundly upon his far-flung travels. Intellectually, Lovecraft evolved as well. Recent developments in science confirmed his materialism and his atheism, and the onset of the Great Depression gradually caused him to reassess his political and economic theory; he emerged as a moderate socialist and advocate of the New Deal. Late in life he became a giant in the world of fantasy fandom--a development that foreshadowed his worldwide fame in the decades following his early death.