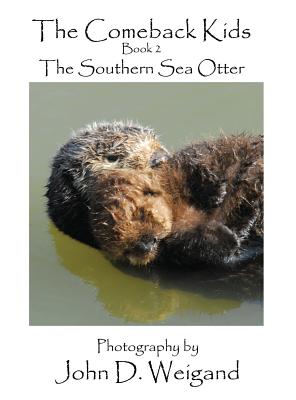 During the fur trade of the 18th and 19th centuries the southern sea otters were hunted for their rich, thick coats of fur; and they were hunted to near extinction. Today there are only about 2200 southern sea otters left off the central California coast, and there used to be 16,000 to 20,000 of them However, with our help their numbers can and will grow In January 1977 the US Fish and Wildlife Service placed sea otters on the Endangered Species list. Now they are protected by both state and federal law. The current surviving population of southern sea otters descended from a single group of sea otters that survived off the coast of Big Sur at Bixby Creek Bridge. The southern sea otter population increased five percent a year up until 1995, and then the numbers suddenly decreased. Now things are evening out again, and the sea otter population is considered stable. No one is exactly certain why the sea otter colonies aren't re-establishing themselves as quickly as everyone thought they would. It is believed pollution may be the cause, or perhaps over-fishing may be starving them. The favorite foods of the sea otters are abalone, sea urchins, crabs, clams, and octopus; and in Alaska they have been known to eat fish. Sea otters eat more than 40 different prey items. A sea otter can hold his breath for up to five minutes and can dive down to 330 feet. Its thick, thick coat keeps the southern sea otter toasty and warm; and ironically, the very thing that adapted them to survive the cold of the ocean was the thing that caused them to be hunted and killed. You see, they have no blubber (like a whale does) to keep them warm. What they have is up to one million hairs per square inch on their bodies In comparison, an average human has only about 20,000 hairs on his or her entire head Sea otters must also clean, groom and eat almost constantly just to survive This is the second book in the "The Comeback Kids" Book Series. It is meant to give you a window into a wider world that everyone must learn to respect. After all, we are just a small part of the grander scheme of life. The photographs of John D. Weigand were taken with reverence and care at the direction of this author off the coast of Monterey Bay, California, where the sea otters perform for those who watch and seem to pose for pictures as if they know their pictures are being taken,