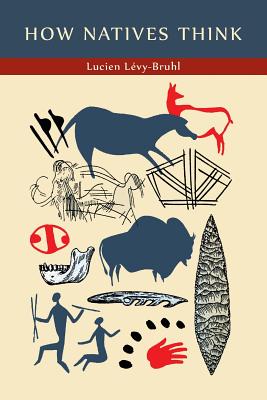 By Lucien Levy-Bruhl, Lilian a. Clare (Translator)
This Book Is Not Sold Online - Inquire In Store

2015 Reprint of 1926 Edition. Full facsimile of the original edition. Not reproduced with Optical Recognition Software. In this work, first published as "Les Fonctions Mentales dans les Societes Inferieures," Levy-Bruhl speculated about what he posited as the two basic mindsets of mankind; "primitive" and "Western." The primitive mind does not differentiate the supernatural from reality, but rather uses "mystical participation" to manipulate the world. According to Levy-Bruhl, moreover, the primitive mind doesn't address contradictions. The Western mind, by contrast, uses speculation and logic. Like many theorists of his time, Levy-Bruhl believed in a historical and evolutionary teleology leading from the primitive mind to the Western mind. Sociologist Stanislav Andreski argued that despite its flaws, Levy-Bruhl's "How Natives Think" was an accurate and valuable contribution to anthropology, perhaps even more so than better-known work by Claude Levi-Strauss.