An Afghanistan Picture Show: Or, How I Saved the World (Paperback) 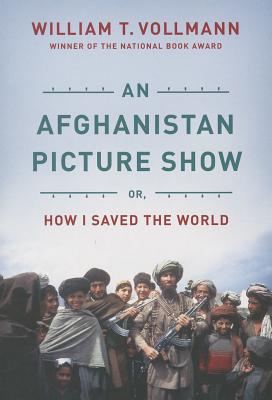 By William T. Vollmann
$16.95
Unavailable, Out of Stock, or Out of Print

Never before available in paperback and all but invisible for twenty years, a personal account of the origins of America's longest war.

In 1982, the young William Vollmann worked odd jobs, including as a secretary at an insurance company, until he'd saved up enough money to go to Afghanistan, where he wanted to join the mujahedeen to fight the Soviets. The resulting book wasn't published until 1992, and Library Journal rated it: "The wrong book written at the wrong time. . . . With the situation in Afghanistan rapidly heading toward resolution . . . libraries may safely skip this."

Thirty years later--and with the United States still mired in the longest war of its history--it's time for a reassessment of Vollmann's heartfelt tale of idealism and its terrifying betrayals.

An alloy of documentary and autobiographical elements characteristic of Vollmann's later nonfiction, An Afghanistan Picture Show is not a work of conventional reportage; instead, it's an account of a subtle and stubborn consciousness grappling with the limits of will and idealism imposed by violence and chaos.

WILLIAM T. VOLLMANN is the author of ten novels, three collections of stories, and many volumes of non-fiction, including a seven-volume inquiry into whether and how violence may be justified, Rising Up and Rising Down, a finalist for the National Book Critics Circle Award. His novel Europe Central won the National Book Award in 2005. Into the Forbidden Zone: A Trip Through Hell and High Water in Post-Earthquake Japan was published last year by Byliner. He is the editor of The Best American Travel Writing 2012. The Dying Grass, the fifth book in Vollmann's "Seven Dreams" series, will be published in 2013. He lives in California.