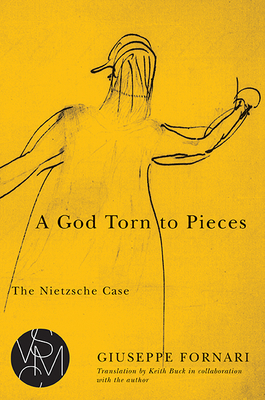 By Giuseppe Fornari
$24.95
Unavailable, Out of Stock, or Out of Print

Giuseppe Fornari’s groundbreaking inquiry shows that Friedrich Nietzsche’s neglected importance as a religious thinker and his “untimeliness” place him at the forefront of modern thought. Capable of exploiting his own failures as a cognitive tool to discover what other philosophers never wanted to see, Nietzsche ultimately drove himself to mental collapse. Fornari analyzes the tragic reports of Nietzsche’s madness and seeks out the cause of this self-destructive destiny, which, he argues, began earlier than his rivalry with the composer and polemicist Richard Wagner, dating back to the premature loss of Nietzsche’s father. Dramatic experience enabled Nietzsche to detect a more general tendency of European culture, leading to his archaeological and prophetic discovery of the death of God, which he understood as a primordial assassination from which all humankind took its origin. Fornari concludes that Nietzsche’s fatal rebellion against a Christian awareness, which he identified as the greatest threat to his plan, led him to become one and the same not only with Dionysus but also with the crucified Christ. His effort, Fornari argues, was a dramatic way to recognize the silent, inner meaning of Christ’s figure, and perhaps to be forgiven.

GIUSEPPE FORNARI is Professor of History of Philosophy at Bergamo University, Italy.