Love in the Days of Rebellion (Paperback) 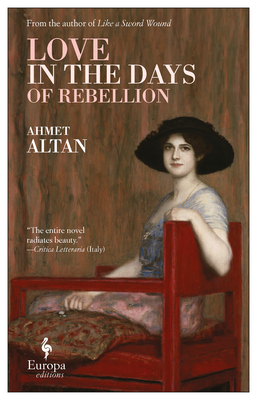 Weaving together tortured love affairs, political intrigue, power struggles, and social upheavals, Love in the Days of Rebellion offers a powerful and vivid tableau of the crisis of the Ottoman Empire in the early 20th century.

The second installment in the Ottoman Quartet--the masterful saga of Turkish history by Ahmet Altan--follows the vast and vivid cast of characters introduced in the first volume of the series, Like A Sword Wound.

The novel opens with the attempted suicide of Hikmet Bey, the son of the sultan's personal physician. The reason for his extreme gesture was to forget the extremely beautiful and proud Mehpare Hanım, his wife and the cause of all his suffering. While Hikmet is recovering in a hospital in Thessaloniki, slowly regaining his strength and will to live, radical changes are afoot in the Ottoman capital. The power of the sultan is eroding, a rebellion is brewing, and violence erupts on the streets of Istanbul. It is the eve of one of the key events that will lead to the collapse of the Empire: the countercoup of 1909.

With striking clarity and imaginative power, Altan evokes the traumas and upheavals of Ottoman history, showing how--over a hundred years later--the events and wounds of that time still resonate in the tensions and contradictions of today's Turkey.

Ahmet Altan, one of today's most important Turkish writers and journalists, was arrested in September 2016 and is serving a life sentence on false charges. An advocate for Kurdish and Armenian minorities and a strong voice of dissent in his country, his arrest and conviction received widespread international criticism (51 Nobel laureates signed an open letter to Turkey's president calling for Altan's release). Altan is the author of ten novels--all bestsellers in Turkey--and seven books of essays. In 2009 he received the Freedom and Future of the Media Prize from the Media Foundation of Sparkasse Leipzig, and in 2011 he was awarded the International Hrant Dink Award. The international bestseller Endgame was his English-language debut, and was named one of the fifty notable works of fiction of 2017 by The Washington Post. Like a Sword Wound is the winner of the prestigious Yunus Nadi Novel Prize in Turkey.