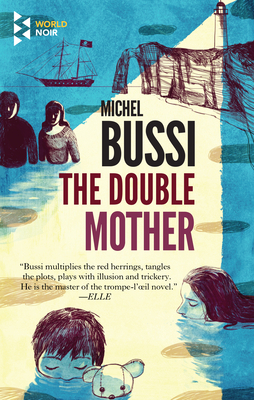 From the author of the "wonderfully ingenious" (Marilyn Stasio, New York Times Book Review) novel After The Crash comes a brilliant work of deception that dives deep into the psyche of a child and cruel game of manipulating a person's memory.

Four-year-old Malone Moulin is haunted by nightmares of being handed over to a complete stranger and begins claiming his mother is not his real mother. His teachers at school say that it is all in his imagination as his mother has a birth certificate, photos of him as a child and even the pediatrician confirms Malone is her son. The school psychologist, Vasily, believes otherwise as the child vividly describes an exchange between two women. Vasily begins recording their conversations and reinterprets the creatures Malone uses in the childish tales he recounts to his stuffed toy to piece the story together as much as he can.

Convinced that Malone is telling the truth, Vasile approaches police commander Marianne Augresse with the case, who has been searching for a gang of thieves that robbed a luxury store and left a couple dead in the neighboring town of Deauville to no avail. Not knowing why a child would lie and with perhaps her own own maternal and protective instinct kicking in, Marianne takes Vasile's plead for help seriously.

Marianne and her team soon discern that Malone's memory is in the hands of those around him; the cold members of the Moulin family and the people that they associate themselves with. With Malone's recollection of the past quickly fading to give way to pirates, animals and other more innocent thoughts children have at his age, Marianne is desperate to find a through line.

Well-crafted and showcasing the fragility of a child's cognition, The Double Mother is a riveting investigation to follow.

Michel Bussi is a professor of geopolitics and one of France's bestselling authors. His novels have been published in 35 different countries. He is also the author of After the Crash (Hachette, 2016) and Black Water Lilies (Hachette, 2017), and Time Is a Killer (Europa, 2018). Sam Taylor is the translator of HHhH, by Laurent Binet, and the author of the novels The Island at the End of the World, The Amnesiac, and The Republic of Trees. He lives in France and the United States.