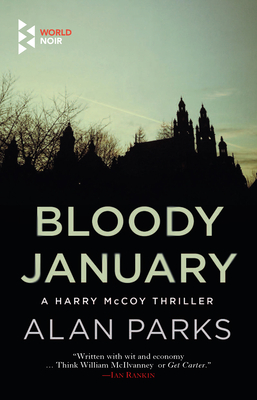 A Glasgow detective goes up against a wealthy family whose corruption runs deep in this gritty noir series debut set in 1970s Scotland.

Glasgow, 1973. As poverty and crime drag the city deeper into a heroin epidemic, fighting in the streets has become depressingly mundane. But when an eighteen-year-old boy shoots a young woman dead in broad daylight and then commits suicide, Det. Harry McCoy knows it can't be a simple act of random violence. With a newbie partner in tow, McCoy hunts down leads through the underworld, all of which lead to a secret society run by Glasgow's wealthiest family, the Dunlops.
Among their inner circle, every nefarious predilection is catered to at the expense of society's most vulnerable--including McCoy's best friend from reformatory school, drug-tsar Stevie Cooper, and his on-off girlfriend, a prostitute named Janey. But with McCoy's boss calling off the hounds, and his boss' boss unleashing their own, the Dunlops seem to be untouchable. McCoy has other ideas. "Parks' debut novel has an in-your-face immediacy that matches its protagonist. Compelling portraits of minor characters tucked into several scenes add texture and interest."--Kirkus Reviews

Alan Parks was born in Scotland and attended The University of Glasgow where he was awarded a M.A. in Moral Philosophy. Bloody January is his debut novel.