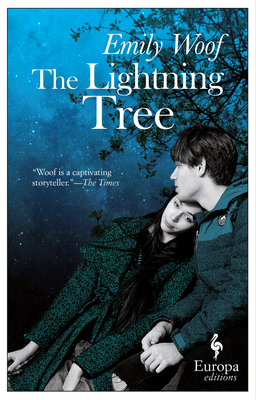 United Kingdom circa the 1980s—Ursula and Jerry find themselves surrounded by hip hairdos and dominating parents. The future looks bleak if they do not change their lives dramatically. Both are itching to escape their current lives and engage with the wider world.

Ursula’s work as a teacher takes her far away to India to instruct disabled children, while Jerry accepts a scholarship to Magdalen College—but only to “highlight the absurdity of privilege.”

Their written exchanges are deep, political, and full of irony. All the while, Jerry stays committed to Ursula in mind but not in body, questioning their relationship and the nature of their love.

Emily Woof is a graduate of Oxford University. She has written a trilogy of one-woman plays, and is also an actress who has had notable roles in The Full Monty (1997) and The Woodlanders (1998). The Lightning Tree is her second novel.

Praise for The Lightning Tree

“Woof promises to “reveal love in all its forms,” a grand ambition not quite achieved. But she succeeds in conveying “the infinity of moments” that make up a lifetime.”
—The New Yorker

“Woof is a storyteller and you can tell this from the first few pages.”
—The Times

“Woof finds humour and poignancy in the gulf between how things are and how they ought to be.”
—The Observer

“Woof’s lyrical storytelling moves effectively through time and place, interweaving Ursula and Jerry’s futures as well as what came before them ... the result is transcendent. What unfolds is a story not just of young love but of how to cope when it is lost and shattered.”
—Financial Times

“[An] indubitable talent.”
—The Guardian

“An unusual but convincing love story that charts the often-distant lives of her two distinctive and appealing characters, written with wit and a lyrical flourish.”
—Daily Mail