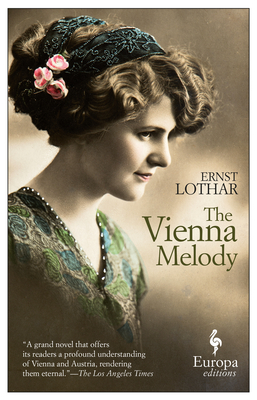 All Vienna knows that the inhabitant of number 10 Seilerstatte is none other than Christopher Alt, piano maker, the best in Vienna, probably in all of Austria, and possiblly the world over. His piano keys have given life to melodies by Mozart, Haydn, Beethoven, and many more. On his deathbed, moved by the wish to keep his children united, he leaves a will specifying that his descendants, if they are to get their inheritance, must live together in the family home.

Over successive generations of the Alt family, history itself passes through the doors, down the halls, and into the private rooms of the Alt’s building. There is intrigue at the court of Franz-Josef: an heir to the throne has fallen in love with Henrietta Alt, who will have to carry the guilt for his eventual suicide. There are betrayals, beloved illegitimate children, and despised legitimate offspring. There are seething passions and icy relations, a world war and the rise of Nazism to contend with. There are duals, ambitions, hopes, affairs of the heart and affairs of state. Three generations of Alts live and die at number 10 Silerstatte and each member of the family, in his or or her own way, is a privileged witness to the winds of change and a Europe at the height of both its splendor and decadence

Ernst Lothar was born in Brünn, Austria-Hungary (now Brno in the Czech Republic) in 1890 and died in Vienna in 1974. He was a writer, theatre director, and producer. In addition to The Vienna Melody, first published in the US in 1944 as The Angel with the Trumpet, his best-known works are The Prisoner and Beneath Another Sun. He was married to the Austrian actress Adrienne Gessner.

“Christopher Alt makes the finest pianos in Vienna. He is very rich. His family thrives. Just one problem: his will insists that they all live in the same house.”
—The Irish Times

“What Franz Josef doesn’t quite understand is the fundamental Viennese outlook on life:" the frivolous . . . notion that to live is to enjoy!" Lothar's bighearted, witty and wrenching novel-rescued from oblivion by Europa-reminds us how delicate, yet also resilient, that frivolous notion was."
—Washington Post

"A grand novel that offers its readers a profound understanding of Vienna and Austria, rendering them eternal."
—The Los Angeles Times

“The true subject of the novel is Austria, from which [Lothar] fled in 1938, the year the novel ends. His melancholy and feelings of regret for his native land are palpable.”
—Minneapolis Star Tribune

"...there are plenty of family mysteries and outright stunning moments that unspool from within Lothar’s confident writing to keep the reader engaged up to the novel’s stirring end."
—World Literature Today

"A long, passionate, literary embrace with a setting that provides a magnificent backdrop for intense characters and their tangles of ruinous emotions...This is a Buddenbrooks on the Danube."
—La Repubblica (Italy)

“This is a rich family saga which dances through the pages of history to the background of Mozart and Strauss…a glorious melange of period details with a touch of the Kafka-esque. ”
—We Love This Book

"The epic ambitions of this writer fills the story with abiding curiosity that leaves traces everywhere: swift and unforgettable sketches of characters, salons, boudoirs, and fascinating gossip"
—La Stampa (Italy)