No Handle on the Cross: An Asian Meditation on the Crucified Mind (Paperback) 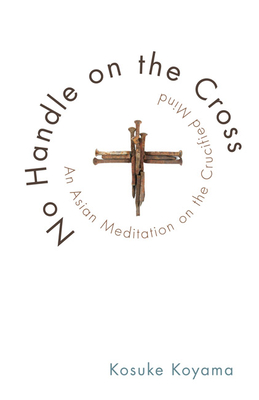 Asians, Christian as well as Buddhists and Hindus, are beginning to feel that Western Christianity has both preached and lived a Christianity without the Cross. Jesus did not carry his cross as a businessman carries his briefcase, or as Christians symbolically carry a well-filled lunch box. Even more seriously, Asians have experienced Christ crucified as crucifying them: This, concludes Koyama, is the most serious missiological problem facing the Church today. With vivid imagery that marked his Waterbuffalo Theology, Dr. Koyama, one of the most engaging of modern theologians, offers a meditation on Christianity from South East Asia which has much to offer the more formalized life of the Western churches.

Kosuke Koyama (1929-2009) was born in Japan and spent a number of years working as a missionary in Thailand. He served as Senior Lecturer in Religious Studies at the University of Otago, New Zealand. Some of his notable works included Waterbuffalo Theology, No Handle on the Cross, and Mount Sinai and Mount Fuji.