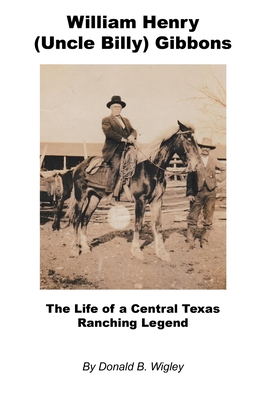 One of my first experiences as a Boy Scout was to attend summer camp at Camp Billy Gibbons, located in San Saba County, Texas. The name of the man for whom the camp was named meant nothing to me at that time, other than that it was a really cool place. Camp Billy Gibbons was located in a very remote but beautiful area, situated along the junction of Brady Creek and the San Saba River. Little did I realize that 11 years later I would marry one of the great-granddaughters of Billy Gibbons, an Irish immigrant during the last Potato Famine. It was then that I began to learn about the man himself - a self-made man who was not only a hugely successful pioneer livestock rancher, but a banker, owner of real estate across the state, and more importantly, a generous man who was a benefactor of schools, churches, the Boy Scouts, and people in need throughout the area he now called home. He was truly a legend in his own time.