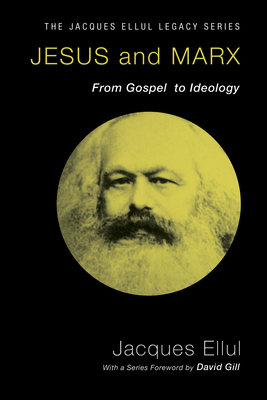 At what point does a theology become an ideology? How can a Christian distinguish the two? Jacques Ellul has always taken pains to differentiate them, but in this book he provides both a theoretical framework and important examples. Some popular theologies, particularly those that attempt to intertwine biblical theology with Marxist thought, fall into the trap of reaching theological conclusions by other means, Ellul believes, so that we cannot consider them as true theologies. From both a biblical-theological and sociopolitical perspective Ellul examines the attempt to relate Christianity to Marxist thought. By reviewing in detail several key Marxist-Christian books, Ellul exposes the weaknesses of so-called Marxist Christianity (which he says is neither Marxist nor Christian), and argues that the biblical perspective takes exception to all political power, leaving Christian anarchism as the realistic revolutionary option. The preface by translator Joyce Main Hanks provides an excellent introduction to the book, showing how it fits into Ellul's thought and how it relates to Ellul's previous work.

Jacques Ellul (1912-1994), a French sociologist and lay theologian, was Professor Emeritus of Law and of the History and Sociology of Institutions at the University of Bordeaux. He wrote more than forty books, including The Technological Society, The Humiliation of the Word, and Technological Bluff.