American Routes: Songs and Stories From the Road (CD-Audio) 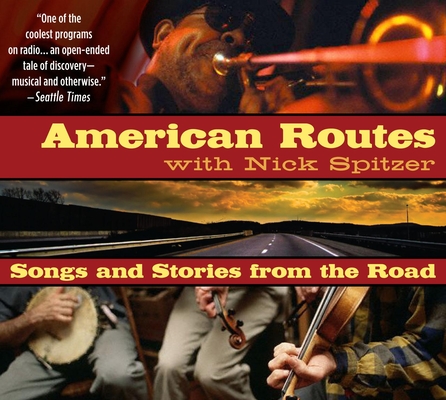 In his weekly radio program heard on NPR, folklorist Spitzer leads listeners on a lively journey through American music and the evolution of its many styles from A (avant-garde) to Z (zydeco).

Even in divisive times, there’s one thing about America everyone loves: its music. Produced in New Orleans, American Routes embraces and explores all kinds of American music: blues and jazz, gospel and soul, old-time country and rockabilly, Cajun and zydeco, Tejano and Latin, roots rock and pop, avant-garde and classical.

Each week, program host and creator Nick Spitzer talks with well-known artists, lesser-known studio musicians, and little-known buskers. Songs, stories, interviews, and conversations reveal the origins of American music, musicians, and cultures (the roots) and the many directions they have taken over time (the routes). The show pays tribute to historic heroes, celebrates great musicians of today, and hits the road, traveling from street parades to juke joints, bayous to beltways.

NICK SPITZER is an internationally recognized folklorist. He has served as a documentary, record, film, and festival producer for the Smithsonian Institution and PBS, and as an independent cultural producer for NPR’s All Things Considered. He is on faculty at the University of New Orleans.

No series has come close to Nick Spitzer’s American Routes in exploring the many streams of this nation’s music.
—Nat Hentoff, Wall Street Journal