African Americans in the West (Cultures in the American West) (Hardcover) 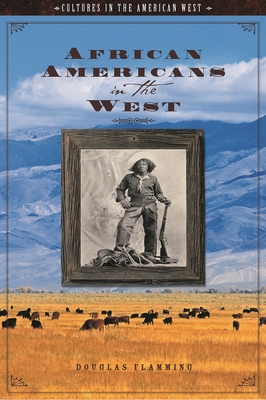 From colonial times to the present, this volume captures the experiences of the westward migration of African Americans. Based on the latest research, it offers a fresh look at the many ways African Americans influenced--and were influenced by--the development of the U.S. frontier.

African Americans in the West covers the rise of the slave trade to its expansion into what was at the time the westernmost United States; from the post-Civil War migrations, including the Exodusters who fled the South for Kansas in 1879 to the mid-20th century civil rights movement, which saw many critical events take place in the West--from the organization of the Black Panthers in Oakland to the tragic Watts riots in Los Angeles.

Douglas Flamming is professor of history at the Georgia Institute of Technology in Atlanta, GA.