Alfred Hitchcock and the Making of Psycho (Paperback) 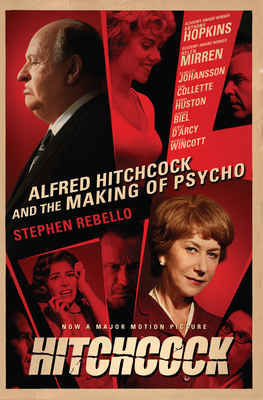 Here is the complete inside story on the making of Psycho, the forerunner of all psychothrillers. Rebello takes us behind the scenes at the creation of one of cinema’s boldest and most influential films. From Hitchcock’s private files and from new in-depth interviews with the stars, writers, and technical crew we get a unique and unparalleled view of the master at work.

Rebello’s carefully researched book tells us everything we could ever want to know about the making of psycho. Starting from the gruesome crimes that inspired the novel on which the film is based, he takes us through the novel’s adaptation into a screenplay and the film’s preproduction, shooting, postproduction, and ultimate reception. Rebello’s technique is as painstaking and thorough as
Hitchcock’s—he includes an incredible amount of detail and in doing so reveals what mattered the most to Hitchcock in the process of making his movies.

Stephen Rebello is the author of Reel Art—Great Posters from the Golden Age of the Silver Screen. A contributing editor of L.A. Style, his articles on films and their makers have appeared in Premiere, Gentleman's Quarterly, Movieline, Playboy, Interview, Cinefantastique, and many other publications. He lives in Santa Monica, California.