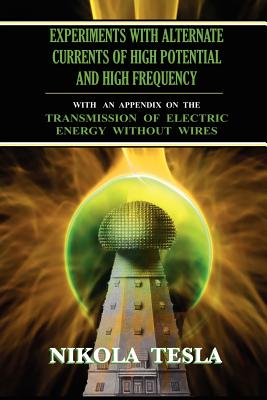 This was a lecture delivered by Tesla before the Institution of Electrical Engineers in London. Alternate Current (AC) was in large part created and perfected by Tesla, who proved it to be a more effective means of transmitting power than Direct Current (DC). This book is an important part of the history of power generation because it outlines Tesla's work up to that time and shows exactly how this revolutionary new system began and how it works. To this day, AC is still used to power most things in our homes. This book allows us into the mind of the genius who first created it. Tesla went far beyond AC as evidenced by the Appendix, which covers some of the most sought after information from him, entitled The Transmission of Electric Energy without Wires. Tesla's ideas and his inventions were absolutely real and legitimate. They revolutionized the world and many of his ideas, which were ahead of his time, could continue to do so well into the future.