Critique of Intelligent Design: Materialism Versus Creationism from Antiquity to the Present (Hardcover) 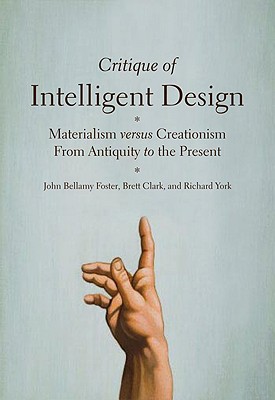 Is the Teaching of Evolution to Be Banned in U.S. Public Schools? Is Science Once More to be Burned on the Cross? Will Creationism Win the 2,500 Year War with Materialism and Reason?

A critique of religious dogma historically provides the basis for rational inquiry into the physical and social world. Critique of Intelligent Design is a key to understanding the forces of irrationalism challenging the teaching of evolution in U.S. public schools and seeking to undermine the natural and social sciences. It illuminates the 2,500 year evolution of the materialist critique--the explanation of the world in terms of itself-- from antiquity to the present through engaging the work of Socrates, Plato, Aristotle, Epicurus, Lucretius, Francis Bacon, Isaac Newton, David Hume, William Paley, Charles Darwin, Karl Marx, Sigmund Freud, Stephen Jay Gould, and numerous others (including contemporary advocates of 'intelligent design').

Proponents of intelligent design--creationism in a more subtle guise--have recently reignited the age-old war between materialism and creationism, in which they claim to elevate their doctrine to empirical truth and thus incorporate it into science curricula. They attack modern science, advancing a pseudo-scientific view and a reactionary political culture in line with their theology and what they perceive as a knowable moral order. They single out for criticism the greatest modern representatives of materialist-scientific thought: Darwin, Marx, and Freud.

Critique of Intelligent Design is a direct reply to the criticisms of intelligent design proponents and a compelling account of the long debate between materialism and religion in the West. It provides an overview of the contemporary fight concerning nature, science, history, morality, and knowledge. Separate chapters are devoted to the design debate in antiquity, the Enlightenment and natural theology, Marx, Darwin, and Freud, and to current scientific debates over evolution and design. It offers empowering tools to understand and defend critical and scientific reasoning in both the natural and social sciences and society as a whole.