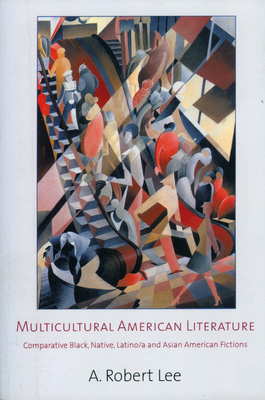 By A. Robert Lee
This Book Is Not Sold Online - Inquire In Store

In the United States, Ishmael Reed, Leslie Marmon Silko, Ralph Ellison, N. Scott Momaday, Toni Morrison, Rudolfo Anaya, Sandra Cisneros, Maxine Hong Kingston, and Jessica Hagedorn are among the notable writers of color who have emerged since World War II. Although definitely individual and widely diverse, they are all-American in their collective mixture of African American, Native American, Asian American, and Hispanic strains. The work of each, although distinct, has not remained in cultural isolation but has enriched the inclusive literary treasury of the United States. This comprehensive, timely study by a British scholar closely examines their fiction and autobiographical writings in cultural perspective. It analyzes the ways politics and popular tradition have influenced their work and the ways these ethnic authors address and question such matters as whiteness, autobiography, geography, and the forms of prose. Other books have explored the variety of ethnic traditions in American literature, but this is the first to consider them in comparative terms in a single volume. In focusing on these writers and their place in the context of American history and contemporary popular culture, Multicultural American Literature underlines the reality that it is multicultural writing that has revolutionized recent American literary history. For those wishing clear and accurate perspective on the national literature of the present day, this informative book analyzes the spectrum and provides an exact and faithful view of its multicultural character.

A. Robert Lee, a professor of American literature at Nihon University in Tokyo, is author of Designs of Blackness: Mappings in the Literature and Culture of Afro-America and, with Gerald Vizenor, Postindian Conversations.