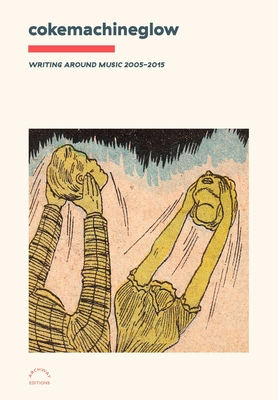 Irreverent, cultishly adored, and dearly missed, the music writers at cokemachineglow produced some of the greatest, weirdest, funniest, sharpest criticism of the 21st century, and have gone on to write for major publications.

In that sweet spot online before streaming and social media, people discovered music on blogs and webzines. A few have gone corporate, and nearly all the rest have disappeared. None are more missed than cokemachineglow - founded by a Canadian music writer in 2002, it grew to encompass a motley crew of brilliant, idiosyncratic writers and draw an intense readership of music fans. These critics have now published books and written for outlets like The New York Times, New York Magazine, The Guardian, Village Voice, Film Comment, Pitchfork, Esquire and GQ, among many other accomplishments, but there's never been - and never will be - another masthead so beloved and anarchic, writing that isn't just describing music but creating a culture, a narrative, a way of speaking that is hugely influential in how we hear, talk and tweet online. Featuring a brand new introductory essay by editor Clayton Purdom.

Clayton Purdom is a writer and editor focused on the intersection of culture and technology. He previously served as the internet culture editor for the A.V. Club and, prior to that, as the editorial director for Kill Screen. His writing has also appeared in GQ, Bloomberg and Pitchfork. He lives in Columbus, Ohio, with his wife, son, and cats.