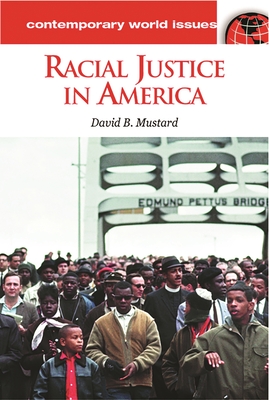 By David B. Mustard, Mildred Vasan (Editor)
This Book Is Not Sold Online - Inquire In Store

By 1451, Africans were used as slaves in the Madeiras and Canary Islands. Not until 1502 did they arrive in the New World. All told, nearly 10 million Africans--equal to the year 2000 populations of Virginia and Mississippi combined--were transplanted across the Atlantic as slaves. Despite the termination of the U.S. slave trade in l807 and emancipation after the Civil War, members of a racial couple married as late as l958 were jailed for one year for breaking Virginia's antimiscegenation law.

So where are we today? This book, which provides historical perspective and a discussion of different types of discrimination, examines how systemic changes have been made and analyzes the debates that still exist.

David B. Mustard is assistant professor of economics in the Terry College of Business at the University of Georgia, Athens, GA.