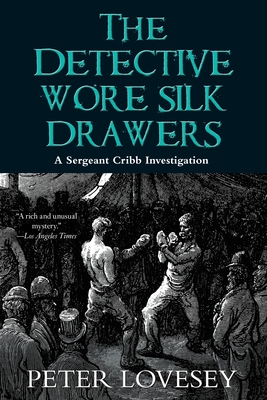 This is book number 2 in the A Sergeant Cribb Investigation series.

“A rich and unusual mystery, with suspense enough for the most confirmed addict.” —Los Angeles Times

Pugilism, a brutal form of bare-knuckle boxing, is forbidden by law in late Victorian England, but Sergeant Cribb discovers evidence that it continues in secret, finding a corpse whose hands were “pickled” for fighting. A young constable called Henry Jago is sent to infiltrate the gang, which he has to submit to a rigorous programme of purging, pickling and training. But Jago is endangered when more murders ensue and Cribb must intervene at a perfectly crucial time to prevent young Jago from being battered to death.

“A gorgeous piece of period reconstruction . . . All the details of pickling and purging, gymnastics and ‘coming up to scratch’ worked into an exciting plot.”
—The Daily Telegraph

“A rich and unusual mystery, with suspense enough for the most confirmed addict.”
—Los Angeles Times

“A splendid thick-ear thriller in the literal sense.”
—The Guardian

“Cribb was the first of the new-wave Victorian crime-fighters and is arguably still the best.”
—Sherlock Holmes Magazine

“A strongly plotted mystery that will keep the reader in suspense until the very end. Soho Press is to be commended for re-releasing this outstanding series for a new generation of mystery readers.”
—Mysterious Reviews