A Traveller's Guide to Battle of the German Frontier (Paperback) 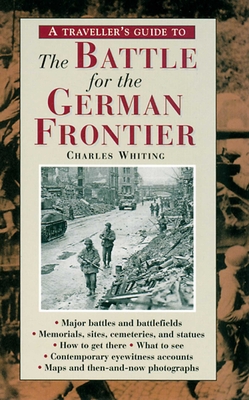 By Charles Whiting
$14.95
Unavailable, Out of Stock, or Out of Print

This text covers the period from September 1944 until January 1945, following the course of the Allied advance first to the Siegfried Line and then to the Rhine. Some of the fiercest and bloodiest fighting of the Second World War took place during this period and the book looks at the disaster which befell the British forces at Arnhem, the subsequent Allied liberation of Brussels and Antwerp, the taking of the bridge at Nijmegen, the Battle of the Bulge and the heroic American defence of Bastogne as well as the Rhine crossings which opened the way for the entry of Allied forces into Germany itself.

Charles Whiting served with a reconnaisance outfit in WWII and has since become one of the premier historians of the war. Among his many best-selling works are Patton, The Last Assault, and Death on a Distant Frontier. He currently lives in York, England.