French Dirt: The Story of a Garden in the South of France (Paperback) 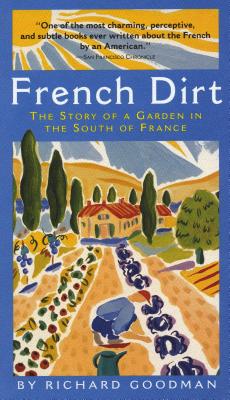 A story about dirt—and about sun, water, work, elation, and defeat. And about the sublime pleasure of having a little piece of French land all to oneself to till.

The village was small—no shops, no gas station, no post office, only a café and a school. St. Sebastien de Caisson was home to farmers and vintners. Every evening Goodman watched the villagers congregate and longed to be a part of their camaraderie. But they weren't interested in him: he was just another American, come to visit and soon to leave. So Goodman laced up his work boots and ventured out into the vineyards to work among them. He met them first as a hired worker, and then as a farmer of his own small plot of land.

French Dirt is a love story between a man and his garden. It's about plowing, planting, watering, and tending. It's about cabbage, tomatoes, parsley, and eggplant. Most of all, it's about the growing friendship between an American outsider and a close-knit community of French farmers.

"There's a genuine sweetness about the way the cucumbers and tomatoes bridge the divide of nationality." —The New York Times Book Review

"One of the most charming, perceptive and subtle books ever written about the French by an American." —San Francisco Chronicle

Richard Goodman has written articles for the New York Times, Vanity Fair, Commonweal, Garden Design, the Michigan Quarterly Review, Creative Nonfiction, and Salon.com. He has twice been the recipient of a MacDowell Colony Residency. He created, wrote, and narrated a six-part series about New York City for public radio in Virginia. He lives in New York City.