Legend of a Rock Star: A Memoir: The Last Testament of Dee Dee Ramone (Paperback) 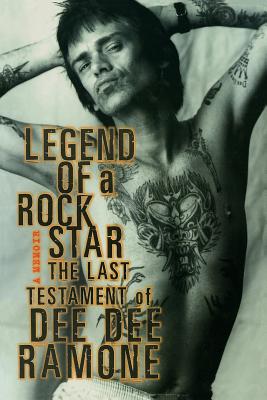 So you want to be a rock 'n' roll star? Maybe you should listen to what Dee Dee Ramone has to say first. In Legend of a Rock Star the myth of the rock 'n' roll good life is destroyed once and for all. Touring is hell, and Dee Dee should know, after fifteen plus years with the legendary Ramones, he's back on the road with a new band and a new set of nightmares. Riddled with acerbic hilarity, Legend of a Rock Star offers a fantastic, unflinching look at the abysmal underbelly of the rock n' roll dream as Dee Dee and his new brothers tour Europe in a tiny cramped van and try their best not to kill one another. With shifty promoters out to suck him dry, and fans who mean well but just won't leave him alone, all Dee Dee can do is wrestle with his conscience and hope the drugs aren't bad. Written in a fierce chaotic prose uniquely his own, Dee Dee also offers a brutally honest, yet surprisingly touching account of the weeks leading up to and just after the death of friend and longtime bandmate Joey Ramone.

Dee Dee Ramone was the bassist and songwriter for the Ramones, the creators and best exemplars of punk rock. He left the band in 1989, but performed one last time with his brothers in 1996. He is the author of Lobotomy: Surviving the Ramones.