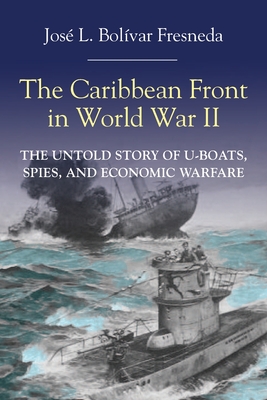 "The conventional view of World War II as a conflict that was not fought in the Americas is debunked in this fascinating book. German submarine warfare was sinking one oil tanker or merchant ship per day in Caribbean waters in the worst months of 1942. The US merchant marine suffered heavy losses of ships and men, while the Allies struggled to contain the damage done to the supply of oil from Venezuela and airplane fuel from Cura ao to the United States. Puerto Rico experienced food shortages on account of German U-boat warfare in 1942, while Martinique suffered near famine in the aftermath of a British and American blockade induced by the Vichy government's control of the Caribbean island. The US invested billions in military installments on the British and American islands and transformed Puerto Rico into 'the Gibraltar of the Caribbean.' This is a compelling narrative based on contemporary newspapers, doctoral dissertations, and primary archival sources."

-C sar Ayala (UCLA), Author of Puerto Rico in the American Century: A History Since 1898 and other books