People and Issues in Latin American History Vol I (Paperback) 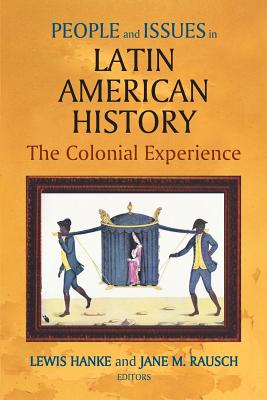 Within these pages students will meet Bartolom de Las Casas, the stout defender of the indigenous Americans in 16th-century Spanish America, and Antonio Vieira, his 17th-century counterpart in Brazil. They will critically examine Columbus's role in the Iberian conquest of America, and encounter Isabel Moctezuma, a "pioneer of mestizaje"; Juan Garrido, a black conquistador; Sor Juana de la Cruz, "supreme poet" of the 17th-century Spanish world; Tupac Amaru, the leader of the last Inca rebellion; and the German savant Alexander von Humboldt. Finally, they will read about the nameless men and women -- Spanish, Portuguese, indigenous American, and African -- whose collective stories make the history of 300 years ago more comprehensible to our contemporary mentalities.

"An excellent survey of the varied work of historians of Latin America."

"...unique, stimulating and useful...combining arresting primary sources with incisive selections from a variety of historians."