Strangers and Neighbors: Relations between Blacks and Jews in the United States (Paperback) 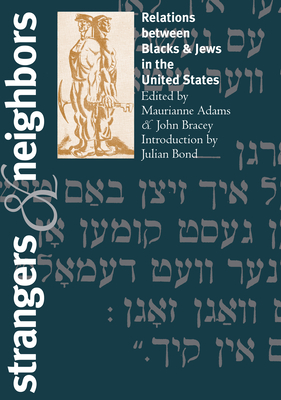 By Maurianne Adams (Editor), John H. Bracey (Editor), Julian Bond (Introduction by)
$42.95
Unavailable, Out of Stock, or Out of Print

Much has been written about the historic relationship between American blacks and Jews. Some accounts stress the strong alliance for social justice between the two groups during the civil rights movement, while others portray bleaker moments and include accusations of Jewish racism or black anti-Semitism. What is often missing is a larger historical perspective. This volume provides a wide range of analyses and documents that help us move beyond stereotypes and portray the full complexity of black-Jewish relations in America over the past three hundred years. Following two introductory sections addressing "Themes and Issues" and "African Americans as the Chosen People," the book is divided into five historical periods: the Atlantic slave trade and slavery in the New World; emancipation to the Great Depression; the era of the Depression and World War II; World War II through 1967; and 1968 to the present. Each section contains a mix of scholarly articles, historical documents, and contemporary perspectives. A final section entitled "Where Do We Go from Here?" suggests ways to rebuild a coalition between blacks and Jews in the twenty-first century. Throughout the volume, the editors' goal is not to achieve closure but to invite further discussion about the historical relationship between two large, evolving, and diverse peoples. The selections reveal that the experiences of American blacks and Jews, although intersecting at several critical junctures, have not been parallel, and that significant geographical, class, political, and religious differences exist within both communities that preclude easy generalizations.

Maurianne Adams is lecturer in education at the University of Massachusetts Amherst and coeditor of Teaching for Diversity and Social Justice: A Source Book.John H. Bracey is professor of Afro-American studies at the same institution and coeditor of the "Black Studies Resources" microfilm series. Julian Bond is a distinguished visiting professor at American University and a lecturer in history at the University of Virginia.

"An excellent anthology. The editors have put together a fascinating collection of pieces on several aspects of the black-Jewish encounter. . . . There is no doubt in my mind that the book represents a significant contribution to the field."—Robert G. Weisbord, coauthor of Bittersweet Encounter:

The Afro-American and the American Jew

"A fascinating and well-balanced collection of articles and documents on an important topic. The editors have searched widely for writings that go beyond the obvious, that raise crucial issues and offer nuanced arguments. The scope of the book is impressive—ranging broadly in time, topic, and approach."—Cheryl Greenberg, author of Troubling the Waters:

Black-Jewish Relations in the American Century