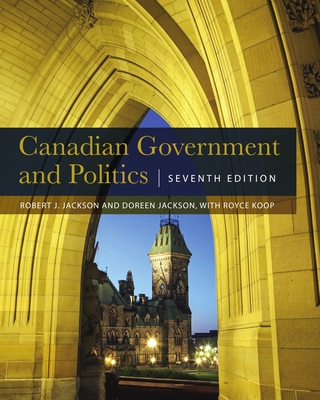 Robert J. Jackson is Distinguished Professor of Political Science at Carleton University and Fletcher Jones Professor of Government at the University of Redlands. He has been employed in various senior government positions, including as Senior Policy Advisor to two Canadian prime ministers. He has published over 40 books in Canadian politics, comparative politics, and international relations. Doreen Jackson is a writer and consultant. She has co-authored 23 books in Canadian, comparative, and world politics, including a number of widely adopted textbooks. Royce Koop is Head of the Department of Political Studies at the University of Manitoba. He has authored or edited several books, including Grassroots Liberals, which won the 2014 Seymour Martin Lipset Best Book Award.