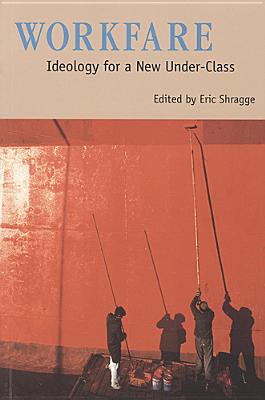 By Eric Shragge (Editor)
$34.95
Unavailable, Out of Stock, or Out of Print

Workfare: Ideology for a New Under-Class reveals the double standards of Neo-Liberal newspeak.

In addition to the myths, this book explores the reality of workfare, examining programs from across Canada, and comparing the experience in the United States. Workfare is central to the tenets of the so-called common sense revolution. The contributors show that, in fact, workfare measures have not been effective in getting people back to work, especially in the long term. Governments continue to implement workfare programs even when it is clear that they have not, and will not, achieve their stated ends. The book shows how workfare masks a punitive ideology particular to the post-Fordist, neo-Liberal state.