A Kind of Courage (Paperback) 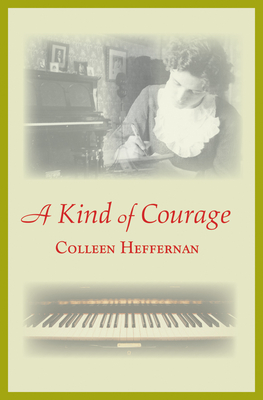 By Colleen Heffernan
$12.00
Unavailable, Out of Stock, or Out of Print

Everything changes when Hattie Tamblyn's much-adored older brother, Will, enlists in the Canadian army in 1916 and is sent to fight in France.

Hattie lives for Will's letters from the front, but her mother retreats into depression, her younger brother, Johnny, becomes violent and her father despairs of running the family farm without Will's help. Tension mounts when Hattie's father hires a young conscientious objector to work on the farm. Although his wealthy Toronto family is mystified and disgusted by his decision not to fight, David Ross's friendship with an elderly German musician has led him to question the narrow notion of patriotism that has overtaken the country. His appearance at the Tamblyn farm enrages Hattie and Johnny, who, like most of their neighbors, believe all conchies are cowards. As more and more of her childhood friends are maimed and killed overseas, Hattie fears for Will's safety. But when her own safety is threatened, it is David who protects her, putting himself squarely in harm's way. In a world gripped by prejudice, fear and hatred, David and Hattie discover that there are many kinds of courage and that real power lies in forgiveness and redemption.